CONSIDER: Do You Have the Guts? 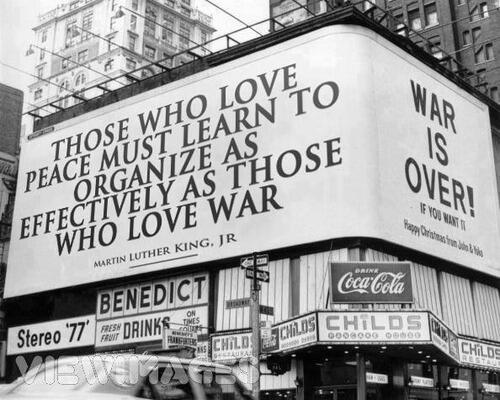 Enthusiasts for social media would no doubt have us believe that King’s task in Birmingham would have been made infinitely easier had he been able to communicate with his followers through Facebook, and contented himself with tweets from a Birmingham jail….But the things that King needed in Birmingham—discipline and strategy—were things that online social media cannot provide.

By Malcolm Gladwell - The New Yorker

At four-thirty in the afternoon on Monday, February 1, 1960, four college students sat down at the lunch counter at the Woolworth’s in downtown Greensboro, North Carolina. They were freshmen at North Carolina A. & T., a black college a mile or so away.

“I’d like a cup of coffee, please,” one of the four, Ezell Blair, said to the waitress.

The Woolworth’s lunch counter was a long L-shaped bar that could seat sixty-six people, with a standup snack bar at one end. The seats were for whites. The snack bar was for blacks. Another employee, a black woman who worked at the steam table, approached the students and tried to warn them away. “You’re acting stupid, ignorant!” she said. They didn’t move. Around five-thirty, the front doors to the store were locked. The four still didn’t move. Finally, they left by a side door. Outside, a small crowd had gathered, including a photographer from the Greensboro Record. “I’ll be back tomorrow with A. & T. College,” one of the students said.

By next morning, the protest had grown to twenty-seven men and four women, most from the same dormitory as the original four. The men were dressed in suits and ties. The students had brought their schoolwork, and studied as they sat at the counter. On Wednesday, students from Greensboro’s “Negro” secondary school, Dudley High, joined in, and the number of protesters swelled to eighty. By Thursday, the protesters numbered three hundred, including three white women, from the Greensboro campus of the University of North Carolina. By Saturday, the sit-in had reached six hundred. People spilled out onto the street. White teen-agers waved Confederate flags. Someone threw a firecracker. At noon, the A. & T. football team arrived. “Here comes the wrecking crew,” one of the white students shouted.*

By the following Monday, sit-ins had spread to Winston-Salem, twenty-five miles away, and Durham, fifty miles away. The day after that, students at Fayetteville State Teachers College and at Johnson C. Smith College, in Charlotte, joined in, followed on Wednesday by students at St. Augustine’s College and Shaw University, in Raleigh. On Thursday and Friday, the protest crossed state lines, surfacing in Hampton and Portsmouth, Virginia, in Rock Hill, South Carolina, and in Chattanooga, Tennessee. By the end of the month, there were sit-ins throughout the South, as far west as Texas. “I asked every student I met what the first day of the sitdowns had been like on his campus,” the political theorist Michael Walzer wrote in Dissent. “The answer was always the same: ‘It was like a fever. Everyone wanted to go.’ ” Some seventy thousand students eventually took part. Thousands were arrested and untold thousands more radicalized. These events in the early sixties became a civil-rights war that engulfed the South for the rest of the decade—and it happened without e-mail, texting, Facebook, or Twitter.

The world, we are told, is in the midst of a revolution. The new tools of social media have reinvented social activism. With Facebook and Twitter and the like, the traditional relationship between political authority and popular will has been upended, making it easier for the powerless to collaborate, coördinate, and give voice to their concerns. When ten thousand protesters took to the streets in Moldova in the spring of 2009 to protest against their country’s Communist government, the action was dubbed the Twitter Revolution, because of the means by which the demonstrators had been brought together. A few months after that, when student protests rocked Tehran, the State Department took the unusual step of asking Twitter to suspend scheduled maintenance of its Web site, because the Administration didn’t want such a critical organizing tool out of service at the height of the demonstrations. “Without Twitter the people of Iran would not have felt empowered and confident to stand up for freedom and democracy,” Mark Pfeifle, a former national-security adviser, later wrote, calling for Twitter to be nominated for the Nobel Peace Prize. Where activists were once defined by their causes, they are now defined by their tools. Facebook warriors go online to push for change. “You are the best hope for us all,” James K. Glassman, a former senior State Department official, told a crowd of cyber activists at a recent conference sponsored by Facebook, A. T. & T., Howcast, MTV, and Google. Sites like Facebook, Glassman said, “give the U.S. a significant competitive advantage over terrorists. Some time ago, I said that Al Qaeda was ‘eating our lunch on the Internet.’ That is no longer the case. Al Qaeda is stuck in Web 1.0. The Internet is now about interactivity and conversation.” READ MORE