READ: Fear of the Future Holding Leaders Back 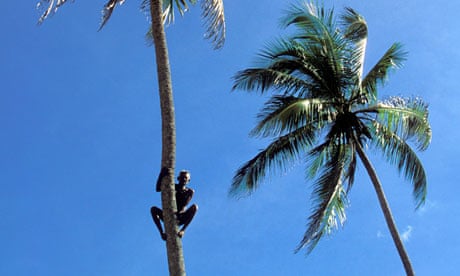 The corporate sector has over decades become comfortable with a complicated environment, because it has been able to hang on to the belief it can maintain some semblance of control.

But the reality is that the exponential speed of change means it is hard for our minds to find answers using old-style thinking.

by Jo Confino - The Guardian

As a qualified executive coach, I used to recite a Korean proverb to clients in a state of despair which was that even if the sky were to collapse there would be a way out of the situation.

And then I came up against a problem in my own life that however much I worked on, I could not find a way through. It was an intensely painful period and felt like falling into an unfathomable abyss. I stopped my coaching practice because I felt like a fraud who was unable to live up to his own advice.

On reflection, the suffering was essential for the next stage of my development but at the time, I would have done anything to avoid that dark place. What I came to realise is that I had been trying to prop up the status quo in my life even though I was deeply unhappy. This was because the pain I was used to felt almost like a friend, compared with a future that had no reference points.

The reason I am spilling my guts is because this experience seems to chime with the process that companies are currently going through in terms of facing up to the sustainability challenges we face.

Most large companies do not talk about transformative change because it creates too much fear. Instead they choose to believe everything will be OK if we make current business practices even more efficient. So they focus on iterative steps, such as energy reduction and reduced packaging, and use their PR machines to make these baby steps look like giant leaps.

As we all know, the truth can be held at bay for only so long. For a period, businesses can show good intent by focusing on the low hanging fruit, but these opportunities diminish over time and companies will sooner rather than later have to face up to the real problem – their core business models.

But because of the rigidity of the current system, they feel locked into place and are likely to remain wedded to the current way of doing things for as long as possible, because they do not see an attractive alternative narrative and therefore do not feel the agency to act.

As I know from experience, this is a difficult psychological place because it puts us in touch with our feelings of powerlessness. We try to avoid this at all costs, particularly those in so-called powerful positions who like to believe they are in charge of their destiny.

To create the pathway for fundamental change, it is therefore vital that we mainstream a credible vision of a prosperous future within planetary boundaries, but the sustainability movement has so far failed to do this.

I sense that in myself. I can articulate the difficulties that lie ahead if we do not change direction and can talk about the different experiments and projects that are showing promise, but feel on much more shaky ground when I am asked to explain societal change on a macro level.

Joseph Zammit-Lucia, a former business consultant who is an artist and author, puts the challenge well when he says the sustainability movement needs to create "a vision of a future that can credibly promise that which people care about – jobs, security, social cohesion, improving living standards, self-improvement. Developing this new vision is a significant task – but it's not clear who is doing it today. The environmental community seems to devote 99% of its resources to 'doing projects' rather than reflecting on its direction and what it will take to be effective. There is much more focus on how to do projects than on why these projects are being dreamt up in the first place. We need leadership that can develop a new, aspirational vision on which environmentalism can continue to succeed in a sustainable fashion."

I think one of the key blocks to carving out this vision is our difficulty in understanding and working with complexity. The corporate sector has over decades become comfortable with a complicated environment, because it has been able to hang on to the belief it can maintain some semblance of control.

But the reality is that the exponential speed of change means it is hard for our minds to find answers using old-style thinking.

I agree with Paul Holland, director in KPMG's Sustainability Group, when he writes that "for those who think linearly ('if I do x then y will happen'), which is most of us in today's education systems, it gets even more frustrating when we realise that we don't necessarily know what will happen when we do anything beyond even the most trivial interaction within a system. The only way to work within a complex system, which is almost all systems, is to adopt an almost Zen-like acceptance of these facts."

Standing back from the whole sustainability debate, the sense I have is that before we can come up with a credible future vision, we must firstly let go of our egoic need to be in control and be right. The paradox is that only by embracing uncertainty, will the way forward start to manifest. I know if I had understood this sooner during my period of despair, I would have found the courage to take the next step a great deal sooner.

Speaking to Bill Drayton, the founder of Ashoka, at the Skoll World Forum, seems to confirm this view. He says the days of repetition and centralised control are over and that we have already entered a new paradign that requires, above all else, the development of cognitive empathy, not something traditional business has engendered.

As I ponder this conundrum, what comes most strongly to mind is the scene in the film, the Matrix, when the hero Neo is offered the choice of taking a blue or red pill. Blue represents continuing to live in the blissful ignorance of illusion and red, embracing the sometimes painful truth of a new reality.

This is a great metaphor for where we are now. The world we thought we were living in has already passed into the history books and we need to free our minds to understand what success looks like in the here and now. If you were offered the choice of the blue or red pill, which one would you take? READ SOURCE