READ: How to Make it in the New Music Industry 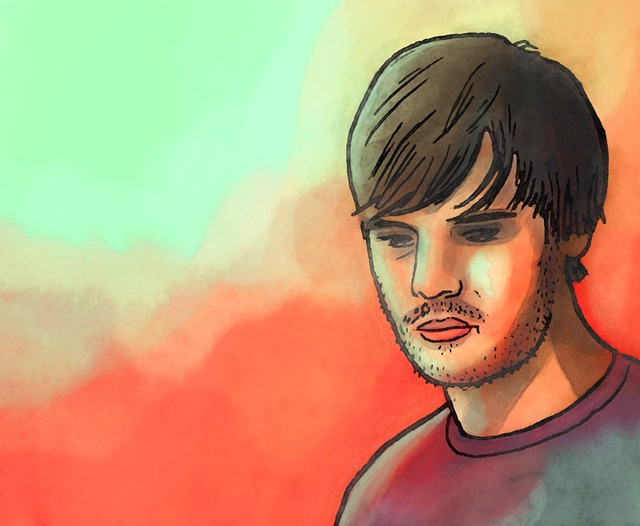 When Scott Hansen finally quit his day job to pursue music full-time, he wasn’t some 20-something bartender in LA or New York. Nor was he some young shit-kicker living couch-to-couch, waiting for his “big break.” No, Hansen’s life was far more… responsible.

When Scott Hansen finally quit his day job to pursue music full-time, he wasn't some 20-something bartender in LA or New York. Nor was he some young shit-kicker living couch-to-couch, waiting for his "big break."

He was a software developer and designer in his early thirties living in the Bay Area, quietly honing his craft for the better part of ten years. And while little about Hansen's ascent to stardom is traditional, and none of it would make for a very interesting rock movie, his career path might be the template for the next generation of aspiring musicians looking to scrape together a living from the wreckage of the new music economy.

Recording under the name Tycho, Hansen crafts intricate, slow-building electronic epics with no lyrics, freeform structures, and downtempo speeds -- not exactly the cornerstones of popular music at any point in the past century. Nor does he have the calculated charisma or ostentatious persona of the world's biggest pop stars. Though tall and still youthfully handsome in his late thirties, the stage presence of Hansen and the rest of his touring band is sometimes so subdued they look like they're fixing dishwashers, not making music.

And yet Hansen regularly plays to sold out crowds around the world and sells or streams enough of his music to make a decent living. This runs counter to the narrative that unless you're one of the hallowed few who write disposable pop hits that play well to Middle American Clear Channel listeners, music is no way to pay the bills. His career arc is not the story of a man who profited by sacrificing his art to the trends of the day. It's the story of how an artist, with enough time, pressure, patience, and business acumen, can build a sustainable career while staying true to a vision. It's still almost impossibly difficult to accomplish and requires a massive amount of serendipity. Then again, you could say the same thing about building a successful startup. READ MORE